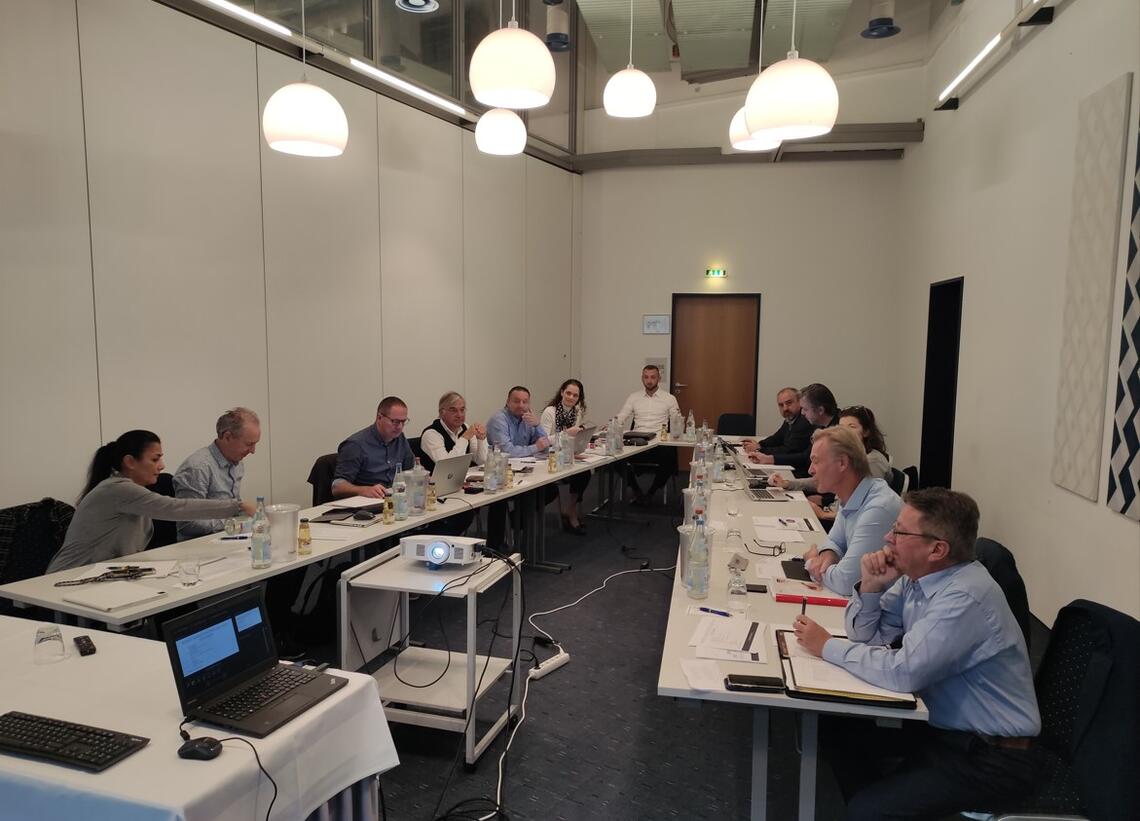 Highlight in the annual calendar
Sales Meeting at Fuchshuber Techno-Tex

"Every year again..." like in the famous German Christmas carol is the motto at Fuchshuber Techno-Tex a month before Christmas: Every year in November, Fuchshuber Techno-Tex, Concordia and Estambril colleagues get together for their sales meeting. The workshop, which took place from November 2nd to 4th this year, brought an international crowd to Lichtenstein: the colleagues from the parent company Concordia travelled from Belgium, those from the sister company Estambril boarded their plane in Barcelona.
It was the first time the sales meeting was held at the Fuchshuber Techno-Tex premises in Lichtenstein. So far, the colleagues had gathered in Barcelona at Estambril, except for one virtual meeting during the Corona pandemic.

Focus on sales topics
The main topics of the event are usually classics and include a comparison between forecast and realized orders of the past year. It was also about the outlook for the coming years, especially for 2023. Which customers are already active and are likely to increase their orders in the coming year? Where do we see potential and which projects can be realized? Pending projects in the various segments – from industry and sports to the military and police – were also mentioned by the participating companies.

Team spirit as a basis for cooperation
The first evening of the workshop was dedicated to team building. The participants in the sales meeting met further Fuchshuber colleagues at a wine tasting in a Reutlingen restaurant. Adriana Rivas, Key Account Manager at Fuchshuber: “We like to use this annual meeting to get to know each other better. Apart from this event, we see each other at trade fairs, but there is little time for personal things.”

Valuable debut for designated managing director
For Thomas Dötsch, who joined Fuchshuber in October 2022, the sales meeting marked a milestone in his onboarding. He said: “The opportunity to get to know the extended team so quickly and on a personal basis is extraordinary. This is a great basis for future cooperation. I was particularly impressed by the great trust and openness in which we could discuss all topics. We quickly got along well and already established links for the future."